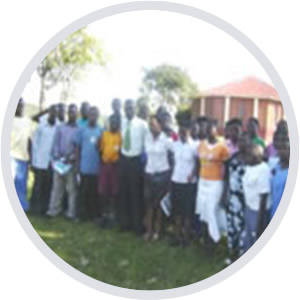 Wide Smiles for All Through Education was founded in February 2004 by Kenneth Kasule while he was working on his Bachelor’s degree in Education.
He was deeply concerned with pupils of Kasaka primary school who were always playing football with a ball made by themselves or fighting each other during class time behind Kenneth’s hall of residence. In an attempt to speak to these children to find out more about them and why they were doing what they were doing, Kenneth found out that these children had been asked by their teachers to quit classes, because they did not have the basics they needed to stay in class such as Exercise books, text books, pens, pencils, geometry sets extra. For a student not having these important tools or supplies they were considered another difficulty in classes. Therefore, teachers opted to having them leave classes each time a new lesson was being introduced.

Following where these children came from, Kenneth realized that the majority were orphans and therefore, no one cared so much about them. To some where even coming from child headed families. They were always offended by their teachers for having come to school to grow and pass their time. No one thought of a solution to rescue their situation. 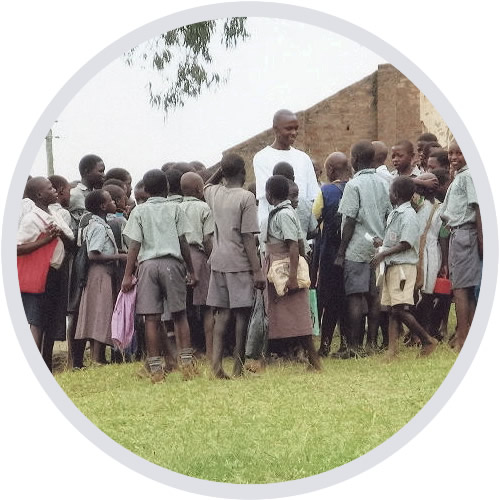 They never wanted to go back home early, because they would be reliable for all duties at home. And noticing a teacher was coming close to them, they could simply take off into the bush around.

Kenneth having stayed with a step mother, these children were always giving him memories of his past he always wanted to heal from. He opted to sharing his pens, pencils and exercise books with them.

The objectives of Wide Smiles For All Through Education are: